By Coach Damon on September 4, 2018
Posted In: General, Lacrosse Goalie

Towards the end of the lacrosse season last year, a parent for a youth goalie I coached a while back texted me. He was out for the playoffs after suffering a concussion from a shot to the head.

I talked MLL and NLL goalie Dillon Ward who missed several games in 2015 after suffering a concussion from a shot to the dome.

I chatted with MLL goalie Austin Geisler who at several different points in his career suffered concussions that set back his progress.

While I was never officially diagnosed with a concussion I remember two specific game incidents where – knowing what I know now about concussions – the symptoms were obvious.

Talk to almost any goalie who has spent enough time in this game and you see one recurring theme – everyone has suffered a concussion.

When will the madness end?

Concussions are a hot topic in sports these days. And with the research being done in the NFL, the whole world is being made aware of the issues with head injuries from sports.

I think because lacrosse carries less national popularity the sport is less monitored and less accountable when it comes to concussions.

So what’s the sport to do about concussions? This post is my rant against concussions and a few proposed solutions.

First, a fact – lacrosse goalies wear the exact same helmets as field players and yet we’re 99% more likely to get tagged in the dome than our field counterparts.

In my post 6 Things I Wish Existed For Every Lacrosse Goalie, a lacrosse goalie helmet is high on the list.

When you know you’re going to be hit in the helmet with a 90-100mph rubber ball, your gear should protect you. There’s no way a goalie should get a concussion from a shot to the helmet.

Helmet manufacturers will tell you that no lacrosse helmet can fully prevent concussions. While that’s probably true, I will argue that the helmet you choose to wear does impact your probability of being concussed. As you’ll in the next section, science actually proved helmets protect differently.

The new helmet designs of today’s equipment manufacturers are lighter, sleeker, and cooler looking but many athletic trainers have postulated that these new helmets may increase the risk of cerebral concussions in men’s lacrosse players.

The sport is really in need of a “lacrosse goalie helmet” that’s beefed up specifically to prevent concussions on shots to the dome.

Why don’t they create one? I think the answer is obvious. The market is too small.

I have a lacrosse goalie site that gets a fraction of the visits of the general lacrosse blogs like Inside Lacrosse and LaxAllStars which probably get hundreds of thousands of monthly views.

Until then, lacrosse goalies are left using the same helmets as field players.

Lacrosse goalies (and players in general) need to start valuing protection over coolness.

A long time ago in 2002, Shane V. Caswell and Richard G. Deivert set out to test the protection level of different helmets of that era.

Their study – Lacrosse Helmet Designs and the Effects of Impact Forces – compared four helmets in a controlled drop study.

Helmets were raised to 152 cm and released onto an anvil padded with a 1.27-cm rubber modular elastomer programmer. Ten treatments to a front (FD) and right rear boss drop site (RD) were performed. An accelerometer within the head form measured impact force. 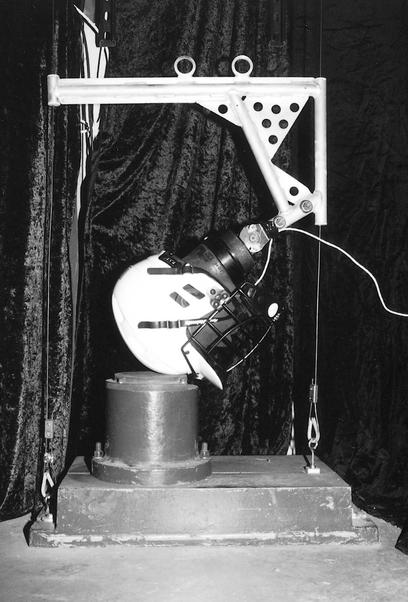 The study found that the different helmets dissipate levels of force differently. With one helmet doing a much better job of protecting than the others.

While each manufacturer has since upgraded their helmet, I think the results of the study are still true – some helmets do a better job against concussion prevention than others.

I couldn’t find a similar study with the current modern day helmets but that would incredibly interesting to see because us lacrosse goalies need to know which helmets protect our domes the best.

Lacrosse needs to do a better job with helmet safety. Period.

To reduce your chances of getting a concussion, besides a good fitting helmet, there are a few other options that goalies can try. 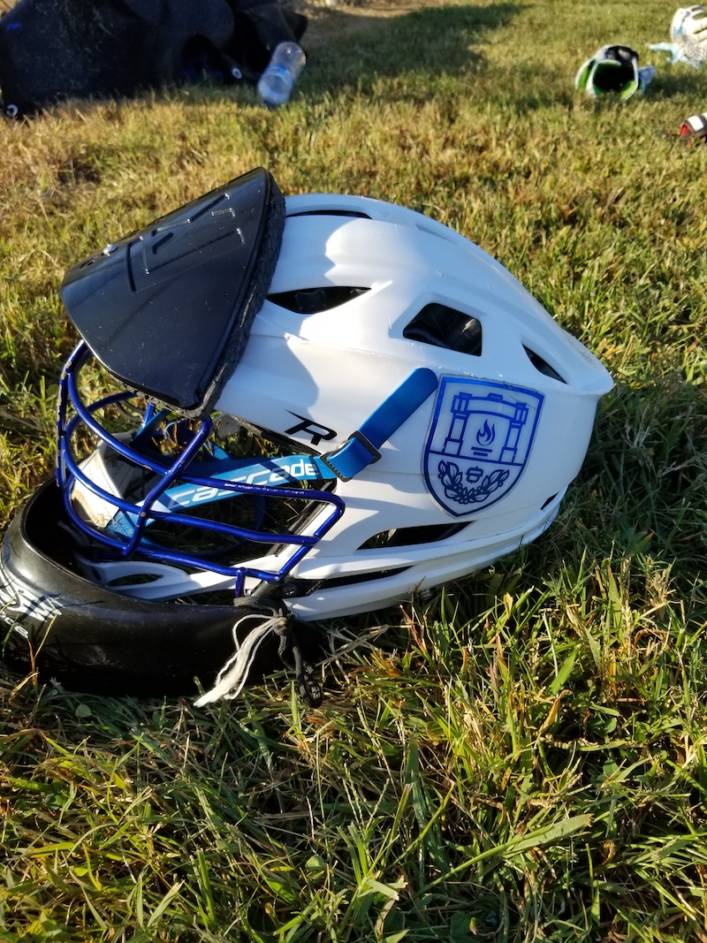 I’ve discussed the Lexi Shield pretty thoroughly on the blog including this full Lexi Shield review.

The Lexi Shield is an aftermarket device that attaches to the bridge of the helmet and helps reduce the impact of shots to that area.

By reducing force the head and helmet receives on shots to the forehead, the Lexi Shield is scientifically proven to reduce concussions.

Note – I have a few extra Lexi Shields (thanks to the amazing team at Lexi Shield) and I’m giving them away free for those who sign up for the Lax Goalie Rat camp. While supplies last! 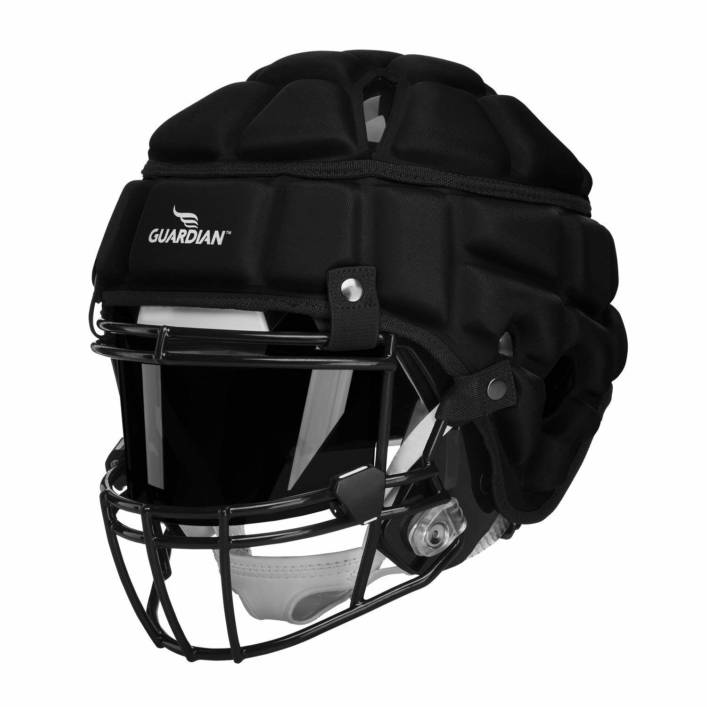 Same idea as the Lexi Shield, the Guardian Cap is an aftermarket device attached to the helmet to help reduce impact.

The Guardian Cap is more conspicuous as it covers the full helmet. I don’t think that’s necessary for lax goalies as I can’t ever remember getting hit in the side of the head by a shot.

Both the Lexi Shield and the Guardian Cap are not approved by the high school or NCAA rules so these are practice wear items only. You’ll have to take them off for games.

Studies have theorized that mouthguards can reduce concussion risk because they help absorb shock, stabilize the head and neck, and limit movement caused by direct hits to the head and jaw.

So when it’s time to get your goalie’s mouth guard, visit the dentist, not Dick’s Sporting Goods.

The custom-made mouth guard also will have the added benefit of allowing the goalie to talk and communicate better with the defense.

If you’re working with a goalie in a drill that involves a lot of shots in tight, consider using tennis balls or soft lacrosse balls.

A myth regarding concussions is that the greater the impact force the more likely a concussion. The data actually suggests that concussive injury can occur with different levels of impact.

So with the softer balls regardless of shot speed, the impact will be lessened.

These balls also don’t sting as much if a shot is taken to the legs or arms which can result in a contusion that zaps a goalie of his/her will to practice if its a normal rubber lacrosse ball.

The tennis balls and softer lacrosse are way lighter than normal pills so it will mess with shooters but if the drills you’re working are for the goalies, that doesn’t matter.

Characterized by an impairment of the brain’s normal function and caused by violent shaking or jarring of the brain, concussions may cause alterations in cognitive function, vision, eye movement, facial movement, or speech.

Anyone who has gone through a concussion knows the deal. You’re not yourself for at least a few days while you’re recovering.

Anytime a goalie takes a loud shot to the head, he or she must be checked for a concussion. Continued to play goalie while concussed only has additional risks.

Given that we know lacrosse goalies will take 90-100mph shots to the head, it seems silly that we use the same exact helmets as field players.

Luckily there is additional aftermarket protection that can help goalies reduce concussions in practice.

Anyone out there suffered a concussion? Would love to hear about it in the comments. 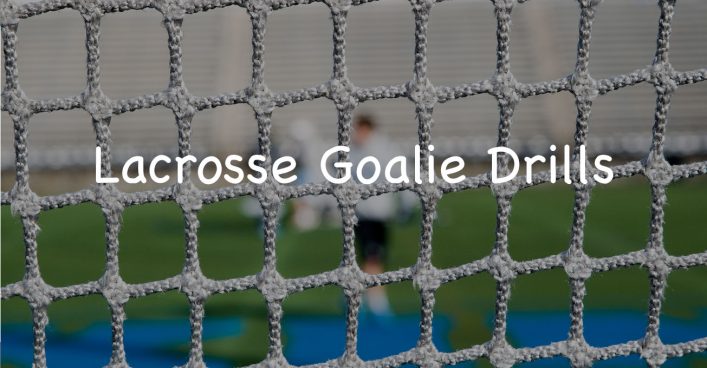 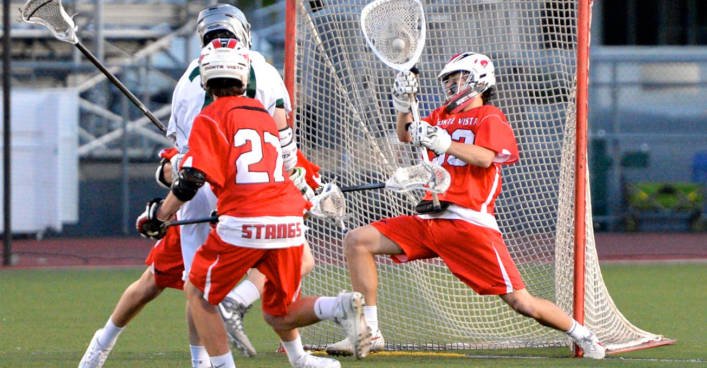 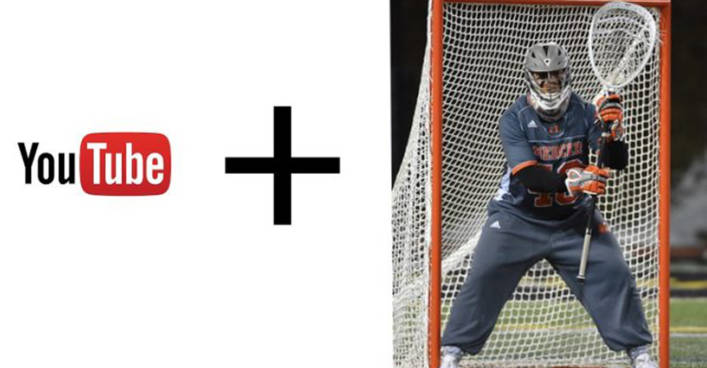