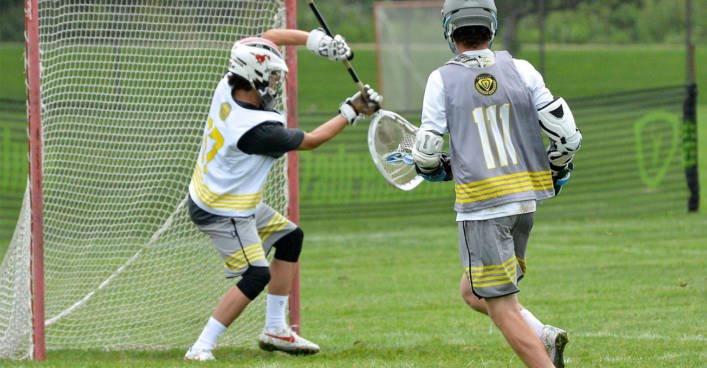 Quick order of business: for those that didn’t realize it, yesterday’s post was indeed an April’s Fools joke! There was no rule change and us goalies will have to wait before we break out the kayak style goalie sticks.

The “varsity benchwarmer or JV starter” predicament is one many young athletes face as they develop in their game.

Coach – should I be the starter on the B team or a bench players on the A team? That’s the question.

It’s a scenario I faced many times at many points in my athletic career.

Such is the case for one young lacrosse goalie who recently wrote me via email:

I was wondering if it would be wiser for me to stay on JV so I get more playing time or play on the Varsity team where I would be the backup goalie since the coach favors the current Varsity goalie more. – SA

Varsity benchwarmer or Junior Varsity starter? How is a young lacrosse goalie to decide?

In this post, we’ll take a look at the pros and cons of each decision and hopefully help you make the right choice for your situation.

Pros and Cons of JV Starter

The clear pro of starting on the JV team is getting that game and leadership experience. Nothing can simulate game experience except playing in those games.

There is a special set of nerves that come with being the starting goalie in a game. And the more you can experience and learn to handle those nerves the easier this position will be.

So by starting on the JV team you’re learning how to deal with those game day jitters and make saves when it actually counts.

And you’re also learning how be the leader that everyone on the defense turns to. As a starting JV goalie you’ll be in a natural leadership position and can develop your confidence and leadership skills accordingly.

In the words of Julius Caesar: “I’d rather be first in a village than second in Rome”.

The con is that you’re playing and practicing against a lower level of talent. Also depending on the program the JV coaches helping you learn might not be as good.

For some goalies with some natural ability they can develop bad habits that work against the slower shots. But when they move up to the next level those bad habits are really exposed. 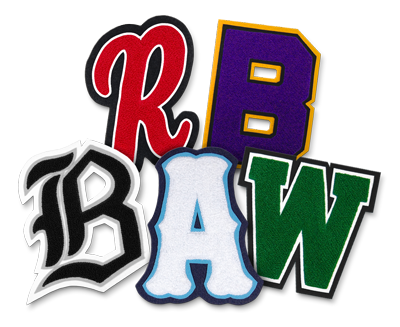 Pros and Cons of Varsity Benchwarmer

To be the best goalie, you have to play against the top talent.

Many goalies find that when they play summer ball against an older age group, upon returning to games with peers the shots don’t seem as fast. The balls appears more beach-y.

As long as your team gives the backup goalie a good amount of reps in practice, by playing on the varsity team you’ll be facing the best talent your schools has to offer. As a result, I think your goalie game gets better.

You’ll also have access to better coaches as presumably the best coaches are coaching your Varsity team not the JV team.

In addition you’ll have access to better goalie mentors. In college I was a backup for 2 years and the knowledge I learned from watching our starter, an All-American goalie, perform was invaluable.

How he trained, how he approached the game, how he made saves, how he managed the clear, how he went about his business. All elements that I incorporated into my game and things that helped me dominate once it was time to take the crown.

If the starting goalie is not that much better than you perhaps you don’t learn as much. But at least in this scenario you could compete for that starting role. Perhaps you start the season on the bench but finish as the starter. By electing to play JV you never get this opportunity.

The obvious con of the benchwarmer on Varsity decision is no game time. And in some cases less practice reps.

And as many goalies can attest to, making a save in practice is much different than making a save under the lights of a big time game.

Also some goalies get so frustrated with not playing in games that they lose passion for the sport and that’s perhaps the worst possible thing that can happen. 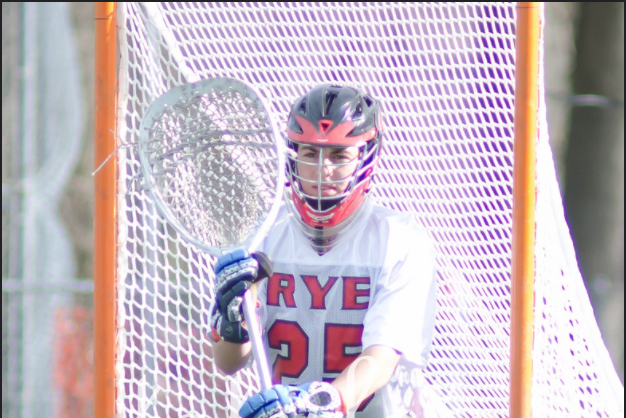 As you can see there are pros and cons to each decision. Therefore, I think it truly depends on the individual goalie’s situation and personality.

For me, as a lacrosse goalie I’d go Varsity 2nd string. I’d work hard training with a better team and better coaches and perhaps earn a chance to compete with the starter.

I also know my personality is one that I won’t become completely discouraged by being the backup goalie. It would actually give me inspiration – a goal to become the starter. I served as a backup 2 years in college and I still had a ton of passion for the game.

Now, my sophomore year in high school I was in the exact same situation with soccer. I elected to start on the JV soccer team vs. being a benchwarmer on the Varsity.

Because wrestling was my main sport in high school and I was actually just playing soccer to get in shape for the wrestling season. Therefore, being a benchwarmer on the varsity team defeated that whole purpose.

So this is what I’m saying that each situation differs for each individual.

As a youth basketball player I had this same dilemma of starting on the B team or having a reduced role on the A squad. I went with the A team because I knew being around the top talent and top coaches will benefit me more in the long run.

If you’re passionate about lacrosse and want to get better I would generally encourage goalies to go with Varsity. You’ll have access to better coaches, better goalie mentors, better talent to play against.

If you’re the type of person who would lose passion for the game by not starting or you really feel that your goalie game would develop quicker in the long run with more playing time, go with the JV experience and wait to join the Varsity team until your Junior year.

It is a personal decision. In the end, you’re going to have to decide if playing time and game experience is more important than the struggle against bigger, faster, and better players.

Based on the comments of several readers I’ve realized that many high school programs offer the ability to play with both the JV and the Varsity squad.

This is actually ideal for someone in this situation as you get the experience of playing against the better talent at the varsity level while at the same time you get the game experience playing at the JV level.

So if you find yourself in a JV or Varsity choice, consider asking your coach if you can play both. Depending on the situation, they may just let you get the pro’s of each scenario.

There’s no right or wrong choice when it comes to deciding between being a JV starter or a Varsity benchwarmer.

In the first scenario you get tons of game and leadership experience while in the second scenario your game develops quicker as you work with better teammates, better mentors, and better coaches.

So ultimately it is the player’s choice. Personally, if I was in the situation as a Sophomore I would elect to play with the Varsity, but that’s just me.

Good luck with whatever choice you make!

What are your thoughts? Varsity benchwarmer or JV starter? Leave me a comment down below. 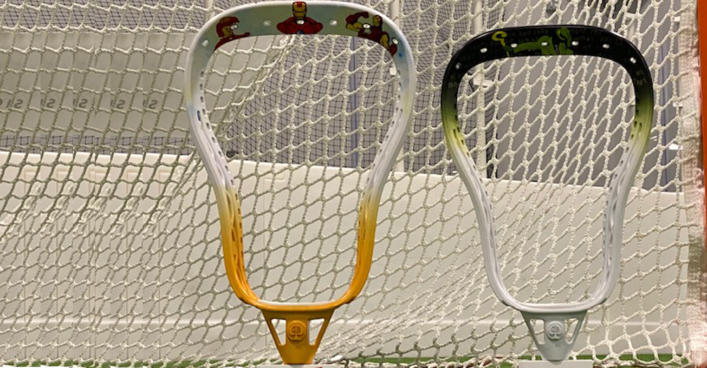 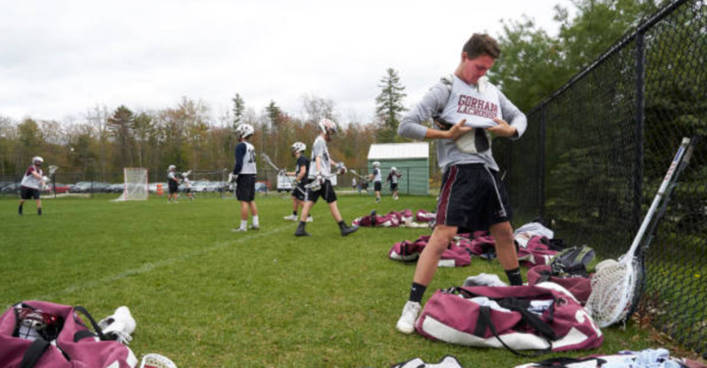