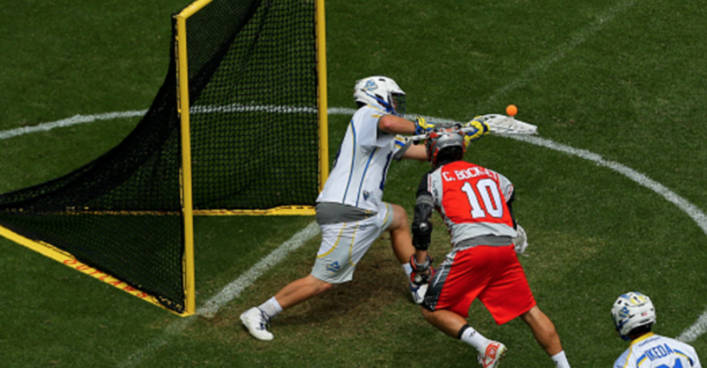 I hope everyone is pumped for the NCAA Men’s College Lacrosse tournament. I know what I’m going to be doing this weekend and it involves a sofa, a television, and lots of lacrosse games.

I recently finished reading Christian Buck’s book Thinking Inside the Crease: The Mental Secrets to Becoming a Dominant Lacrosse Goalie.

The mental side of playing goalie is something I think is critical to every goalie’s game and something that I discuss frequently here on LaxGoalieRat. Check out these past posts I’ve written all about improving the mental aspect of your game.

Buck’s book covers these concepts and many more as he shares the knowledge he’s learned through his degree in Sports Psychology and work with top lacrosse goalies around the world.

One concept from his book in particular I want to share with my readers is how lacrosse goalies can develop mental toughness.

Under each item Buck lists I share my own thoughts on how to implement and what it means to me.

What is Mental Toughness?

Let’s consider an example. An athlete specializing in the realm of lacrosse goalie. He’s blessed with extreme physical talent, great vision of the ball, and fast twitch muscles that would make a hummingbird jealous.

He’s practiced for hours and hours refined his craft and his ability to make saves.

Yet when the big game arrives, he chokes. The pressure, the spotlight, the crowd, it’s just too much for him. He lets in goal after goal as his mind will not allow his body to do what comes so natural in practice.

He is not mentally tough.

Common sense says that top competitive athletes succeed because of their physical talents and their dedication to training but equally as important is the mental toughness or the ability to deal with the stress of high competition.

If you’d like to become a better lacrosse goalie with great mental toughness, you need to constantly push yourself to achieve more, play better, and learn to consistently outperform past versions of yourself.

That’s what having high personal standards is all about.

One foolproof way to improve your lacrosse goalie game is to hold yourself to a high set of personal standards, then ruthlessly strive to live up to your own expectations. As you continue to strive towards your high personal standards, you’ll make quick gains that would have come slowly otherwise.

I’ve found that when I’m under pressure (from myself) to act or live up to a certain standard, it’s much easier for me to accomplish my goals.

Perhaps you’re just starting to play goalie and you’re on a team with an experienced goalie as the starter. Why compare your performance to his? It has nothing to do with your development or your performance.

Mentally tough goalies do 2 things – 1.) Set high personal standards and 2.) Judge their performance by their own standards, not anyone else’s.

Have an Unquenchable Desire

We can call this category intrinsic motivation to succeed. The drive to be the best.

If you do not have the desire to be a top lacrosse goalie, it’s very hard to instill. Those lacking this desire will never have the drive, the grit, the mental fortitude to train hard enough to be elite.

If the coach or the parent is the one leading the charge when it comes to doing extra drills outside of practice, the goalie is going to be in trouble.

Mentally tough goalies have a strong desire to succeed and will stop at nothing to reach the top. 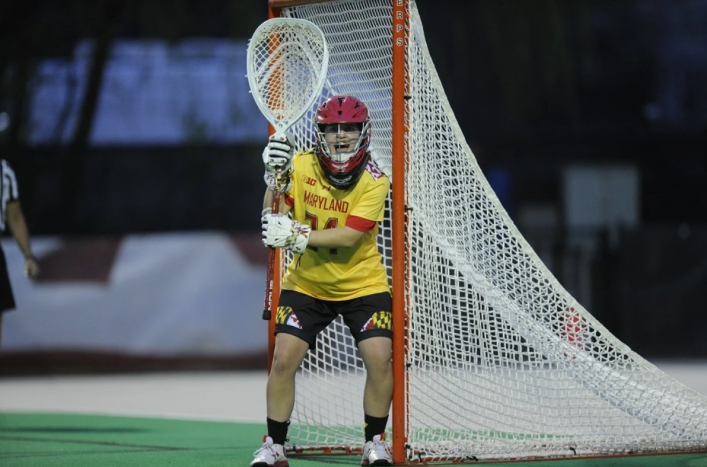 Confidence matters for a lacrosse goalie and top goalies have a unshakable belief in their abilities.

An unshakeable belief is confidence in yourself that is deep, lasting, and resilient.

This unshakeable belief in your ability’s allows the goalie to stay confident even on those days when every single shot finds the back the of the net.

This unshakeable belief in your abilities keeps you positive, motivated, intense, focused, and emotionally in control when you need to be.

Not every lacrosse goalie is the same. There are All-American goalies who have vastly different techniques when it comes to playing in the crease.

What are the unique strengths that you possess? What makes you different from other lacrosse goalies?

No two goalies are alike and recognizing the unique aspects of your game and taking pride in them is a part of being mentally tough.

Every goalie is going to face some setbacks at some point in their career. But the mentally tough lacrosse goalies bounce back with pure determination.

Whether its a string of possessions with no saves or serious injury, mentally tough goalies can bounce back from their low points with hope and optimism.

The athlete’s ability to control his or her mind in a positive way is critical to overcoming negative thoughts or difficult situations. Especially in a position like goalie where we receive so much external influence from the crowd trying to get under our skin.

Be one of those players that always has an amazing attitude despite the situation. 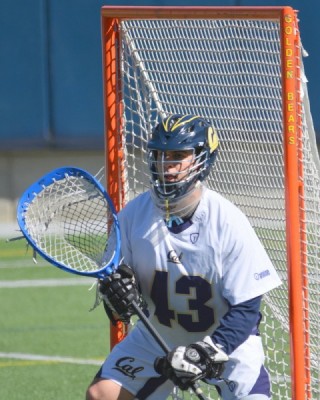 In today’s world, distractions are everywhere.

But mentally tough goalies know that when they strap on the pads and jump into the crease all distractions must leave.

The position too tough to have any external distractions occupying even a speck of our mind. Stay present and focused on the task at hand – saving the ball.

So what is out of your control?

What is in your control?

By focusing on controlling what you can control you will become more mentally tough.

Competitive anxiety is something that nearly every athlete faces some time in his or her career.

When the demands of training or competition exceed an athlete’s perceived ability, their stress level elevates.  Anxiety is the inevitable outcome.

Many goalie’s panic during their 1st start or their first practice with the varsity team because they don’t believe they have the ability to perform at that level.

But the truth is every athlete get anxiety. Many top professional athletes, like Argentina’s Lionel Messi, are so nervous before games that they puke.

But the mentally tough are able to harness those nerves and still physically perform to the best of their ability. 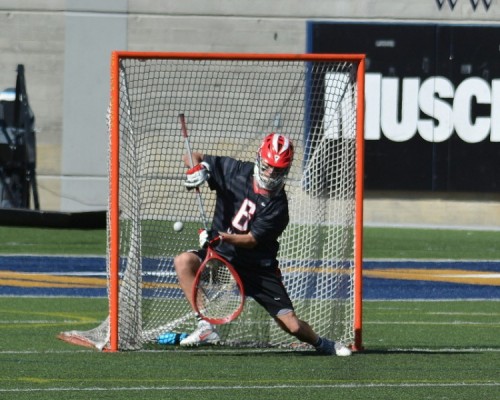 Similar to the example above, the mentally tough goalie knows how to deal with the pressure of the big game.

Instead of letting the pressure stand in your way, the mentally tough spin it to work in their favor. Use it as their motivation.

Turn your nerves into excitement and confidence by amping yourself up for the pressure. Sure it’s a big game, but get excited to be a part of that. Just like the fans in the bleachers are cheering you on, cheer yourself on and motivate yourself to play your very best for them, your team and yourself.

And as you get more experience playing in the big games you’ll actually start to enjoy the pressure and enjoy playing when the stakes are so high.

By the far the biggest obstacle lacrosse goalies need to overcome to be mentally tough is their own self-doubting beliefs.

I remember a game during my junior year, one of my 1st starting games in goal. We were facing a top ranked opponent and leading 4-0 at half time. I was pitching a shut-out with several awesome saves in the half.

But I was not mentally tough yet. “Can I really keep this up?” said my self-limiting inner dialogue and I began to doubt myself. Sure enough, we got routed in the 2nd half and lost the game.

Mental toughness is the act of remaining cool, confident, determined, focused, and in control despite what happens in your environment.

There are many different aspects to being mentally tough. But the good news is, for the most part, this is something you can learn.

So claiming that you’re naturally not a mentally tough goalie is not an excuse.

Even if you rank yourself a 1 out of 10 in some of the areas discussed in this article, by dedicating yourself to improving that area, it can be done.

Any other tips for becoming a mentally tough goalie? Please share them with me in the comments. 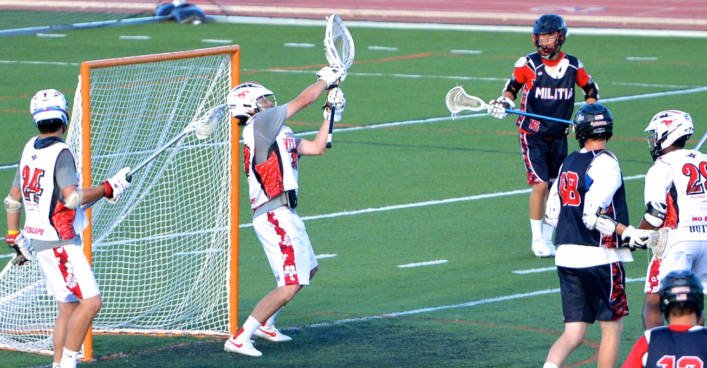 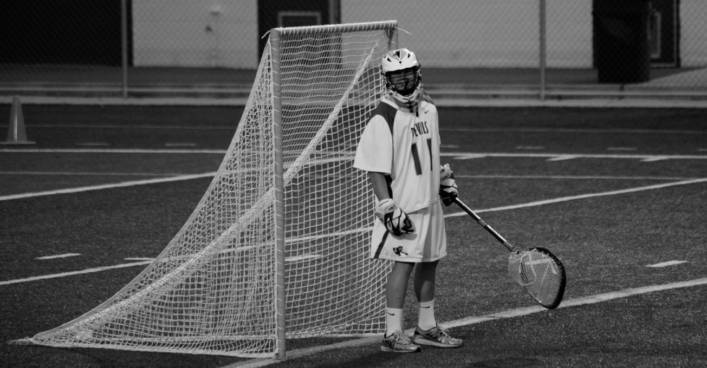 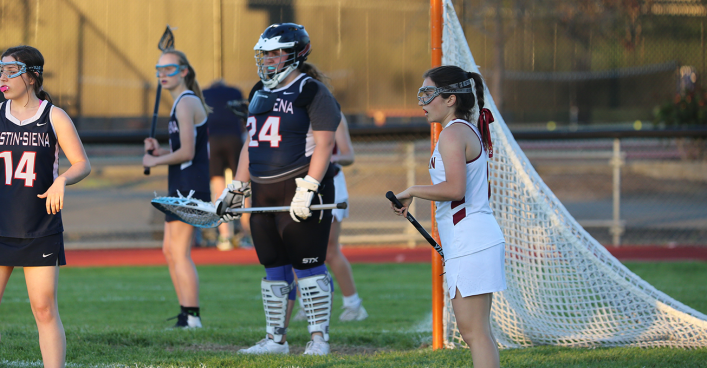