In this week’s post we’re breaking down a short video clip off a young goalie to point out the good things and the coaching points that all goalies can learn from.

For more videos like this, plus tons of other instructional content to quickly up your goalie (coaching) game, click that link above and checkout the camp.

Those that go with the Pro plan get free video analysis of saves or online coaching so this is a good example.

Here’s the video and my analysis. Below you’ll find the full transcript of the video.

If you like these video breakdown posts, be sure to check out these ones too:

Hey everybody! It’s Coach Damon from LaxGoalieRat.com. You can see my mugshot over here to the right.

And what I want to do in this video…this is a video of a young goalie making some saves that I got online. What I want to do is just break it down and provide my coaching points. So we’re going through the full video right now.

There’s a lot of great things that she does but also a lot of things that I think can be coached upon, a lot of coaching points.

The first thing I typically like to do is have a look at the stance. Because so much of what we do as lacrosse goalies starts with the stance. If you have a bad stance it’s going to limit your ability to make saves.

So let’s break down this stance.

The first thing I see is she’s setting up with her top hand really high. This top hand is almost above eye level. For a really short goalie, I might be ok with that. Typically eye level is the highest I like to see. For most goalies, you should really be at chin level.

And for her, she’s probably about 5’6″ – 5’7″. You can see the top of the stick is over the goal. She’s really blocking area that she doesn’t need to be. So I would recommend lowering that top hand a little bit.

And also her back is really upright. So as a goalie, in our great lacrosse goalie stance, we want a straight back but we want to be bent over at the hips like an NFL linebacker. So she’s kind sitted up a little upright in the stance.

She’s got a great knee bend. For all goalies out there you want a nice athletic knee bend – bend in the knees. And you can see she’s got that – that’s perfect.

Let’s fast forward to another angle of the stance and see if we have any other points.

Here you can really see it. The top hand is well above the eye and I would recommend bringing that down.

She also has a very, very vertical stick and in fact its over-rotated towards her head. I typically encourage goalies to go with a little angle in terms of your setup on the stick. I see some goalies go vertical and that works for a lot of goalies. But I typically recommend using a little bit of angle.

I can tell from this stance she’s going to have a lot of problems reaching this off stick low and off stick hip shots. Because she’s setup so vertical with the stick, little bit of chicken wing, upright in that stance. She’s gonna have trouble getting down to these lower off stick type of shots.

So that’s just my analysis points on the stance. Let’s have a look at some of the saves.

On this first save, she demonstrates a problem that’s very common with beginning goalies – it’s the false step.

The shot’s gonna end up stick side. And yet the first step that she takes is with the left foot. This left foot actually moves first. It’s very quick but of course milliseconds matter when the shot is coming at you so fast as a lacrosse goalie. Our movements need to be very precise and we need to have no wasted movement. Stepping with the wrong foot is a wasted movement. It often happens when goalies are too excited or they’re guessing.

That’s a false step that we’re trying to train out of our goalies.

Another thing I like to discourage goalies from doing is this kicking motion. We need to explode and get our body behind the shot. Throwing that leg out there in a kicking motion doesn’t really do it. When contact is made the body hasn’t moved all that much. We want to try to eliminate that kicking motion and there’s a good drill called the Glyde that will help you with that one.

She does a great job at – what i call – finishing the save. After you make that initial contact you want to finish the save. That’s driving off the back foot. Landing with a little recovery step and landing in a balanced position. Excellent job at doing that. She does that throughout this save video and I would definitely encourage that and tell her to keep it up.

Also you can see when she makes contact that head is watching the ball right into the stick. I love that. That’s what needs to happen for saves.

Ahhhh that kills me. So – making a save in the sport of lacrosse is extremely hard. You practice how you play. You play how you practice. So you need to quit with these bad habits. Here you just made a save and because you have this bad habit of an upside down cradle right after the save, you’ve given the ball away. Maybe there’s an attackman standing right on the crease, they dump it in. Stop with those weird cradles and throw the ball back to the coach in an athletic manner the way you would in the game. So that’s a coaching point for all goalies.

To get from one point on the arc to another. It’s one step. You step with your outside foot and follow with the other foot in a quick burst and you’re ready to make a save.

Now watch how many steps she takes….3. Right?

What happens  – and this is a very good example – so what happens when you take these mini steps to get across the crease is that you’re not ready for the shot. So probably right about – you see the ball enter the frame here – so probably about here the shot is taken. And it ends up over here to her stick side, which means what? In order to make that save you gotta drive off with this foot.

But how can you? It’s literally in the air. There’s no way you drive off that foot when its in the air. You gotta wait until it comes down, then plant, then drive to the right. Even her momentum is kinda going to the left and she has to shuffle back to the right. We want to be balanced in our stance when the shot comes.

We want to wait on the 45 – I always teach goalies to trail the shooter by a step so once he gets beyond your left foot – boom, then you explode to the pipe. Get there and get set.

This is a better example of not kicking at the shot. You can she stepped as opposed to just throwing that leg out there.

Again, does a great job of finishing the save. That’s a real athletic position right there. Watching the ball all the way through the save. So I really like that aspect.

Again, kinda a lazy pass back to the coach there. Do your crow hop, get in a good stance, throw a good outlet pass and make that a habit.

You also see this quite a bit with young goalies. Not set in the stance. The shot is probably in the air at that point. And you’re still moving around on the arc. You just really practice being set in your stance before the shot comes.

You can see the top hand drop, drop and then go to the shot. This actually happens a little bit on the first shot. In position there, top hands drops and comes over. Not as much there…

Really we want our hands, top hand especially to explode in a straight line directly to the shot. As a coach, if you can’t recognize that on the fly, if you’re breaking down video it should be very apparent.

Again with that little cradle. That needs to stop.

That’s actually a nice save there.

Final point – in a game would you reach for a ball like that? No. Right? You need to treat these training sessions like they’re games. Get over there with two hands, secure it, scoop up that ball and throw an athletic pass where you’re not standing on your back foot.

Ok, so I hope you enjoyed that analysis. Some good things in there and some things to work on.

7 thoughts on “Video Breakdown of a Young Lacrosse Goalie” 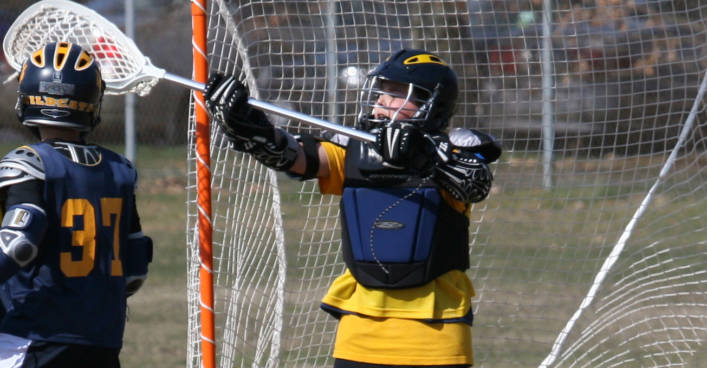 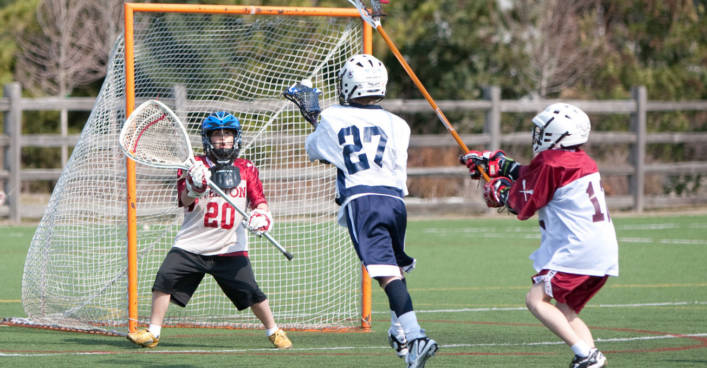 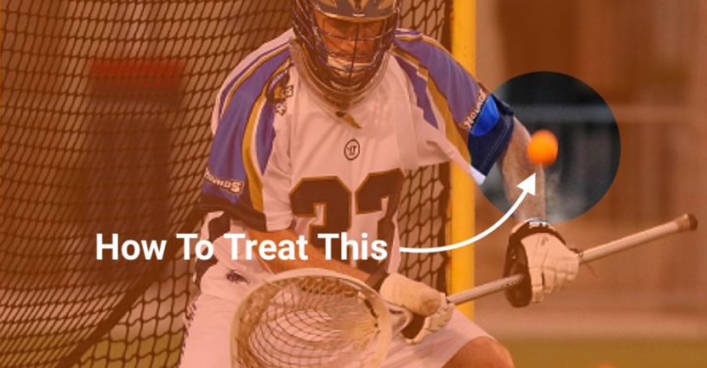 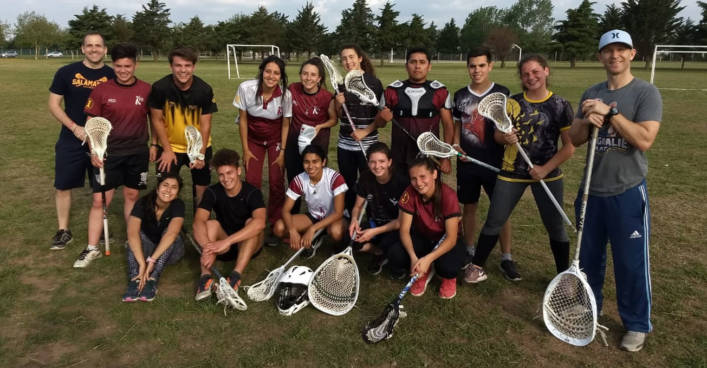