Just four teams remain in the 2022 women’s lacrosse season and it happens to be the top 4 seeds – #1 North Carolina vs #4 Northwestern, #2 Maryland vs. #3 Boston College.

Heading into the final 2 games of the year to determine the national champ, which team has the edge in terms of goalie play?

Other sites have done previews of Maryland vs. Boston College and North Carolina vs. Northwestern so in this post I’ll power rank each of the female goalies left standing.

To be clear, as I mentioned in my men’s power ranking post, you don’t get to this point of the tournament without a solid netminder and each of these 4 ladies is exactly that. 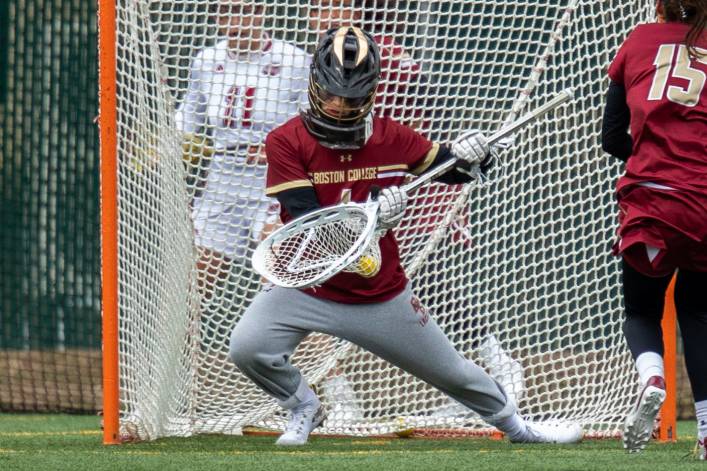 Rachel Hall knows what it takes to win a national championship! She was the Eagles starting goalie last year when they took down Syracuse 16-10 in the 2021 finals.

Boston College has one of the best offenses in the league anchored by Tewaaraton award winner Charlotte North. So they don’t rely on the defense to win a lot of games.

Even though Rachel Hall averaged just 5.4 saves per game during the 2022 season she has dialed it up a bit in the 1st 2 rounds of the NCAA tournament:

Throughout the season not once did she reach the double digit save mark. Her season high was 9 saves vs. Notre Dame on 4/9. When BC played fellow final four team North Carolina early in the year, Rachel had 5 saves.

But we know this native Texan goalie is perfectly capable of making a big time save like this one.

If Rachel Hall can touch double digit saves for the 1st time all season we’ll definitely see the Eagles advance to defend their crown. Rachel is my 4th ranked goalie. 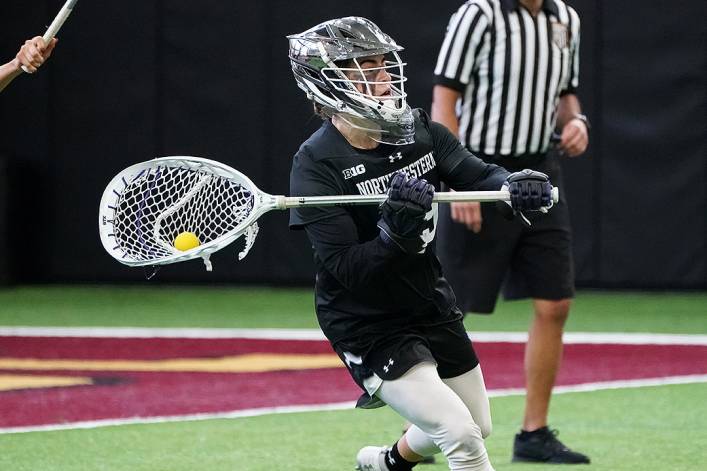 Northwestern goalie Madison Doucette saved probably her best game of the season for the quarterfinals where they held Syracuse to just four goals, its lowest output of the season.

Doucette posted a career-high .733 save percentage, stopping 11-of-15 shots, and recording her fourth double digit saves game of the season.

A gold medal-winning goalie with the 2019 U.S. U19 team, Doucette knows what it takes to compete at the highest level.

Madison is a Lax Goalie Rat sponsored athlete and in addition to being an elite goalie, she’s also a great person and an awesome role model to young goalies. Train with Madison here!

Doucette has the ability to get hot and play lights out. At Michigan earlier in the season she was seeing beach balls and ended with a career-high 16 saves in a 12-9 victory.

If you’re a fan of the Lake Show you’ll be hoping Doucette can replicate that magic.

Madison Doucette is my 3rd ranked goalie out the remaining 4. 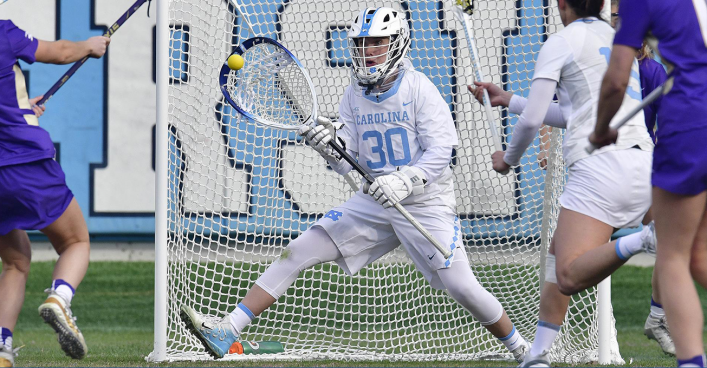 Taylor Moreno was the 2021 goalie of the year and the pre-season 1st team All-American. With Taylor in net the lady Tar Heels are in route to a perfect season currently sitting at 20-0.

With a save percentage of .549 and 6.65 GAA, her 2021 was going to be hard to top. But despite the team’s undefeated record its safe to say Moreno had a little bit of a down year (for her standards). Her effort was still good enough for a 3rd team All-American award.

She had 6 saves when UNC beat fellow final four team Boston College earlier in the year.

Even though Moreno had a down year, at least compared to her 1st team All-American numbers from a year prior, we know she’s got what it takes to take over a game. Her UNC team was 3rd in the league in goals against average.

If you listened to my podcast with Taylor you’ll know its amazing she’s back to performing at such a high level after all the injuries she’s been through.

She had 10 saves in the quarterfinal win against Stony Brook and I think UNC will need 2 big games from Moreno if they want to continue their perfect season.

Taylor Moreno is my 2nd ranked goalie out of the remaining 4. 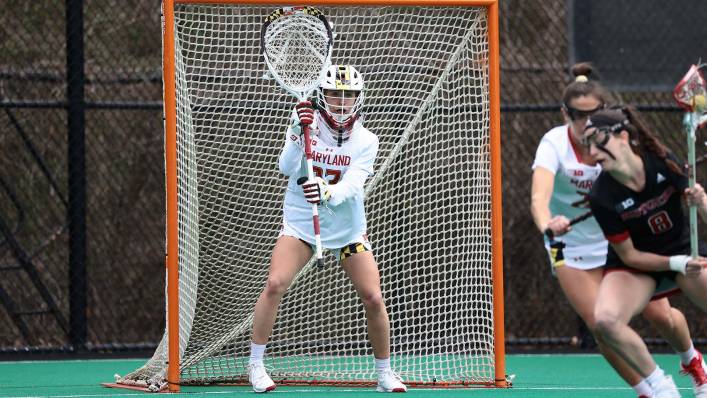 What an amazing season from Maryland junior Emily Sterling! The fact that she isn’t a Tewaaraton award finalist is a major snub in my opinion.

In 2019 when fellow alum Meg Taylor won the prestigious award here were her stats:

Emily was Big 10 defender of the week 6 out of 7 weeks in a row. What a dominate stretch!

She led the NCAA in save percentage and was 2nd in goals against average (just behind Stony Brook goalie Charlie Campbell).

The only blemish on Maryland’s 19-1 record this year came in a game on Senior Day in which the Terps went with their senior Maddie McSally in goal to start. Sterling came in to relief but the Terps couldn’t overcome James Madison’s initial lead.

Emily is a Lax Goalie Rat sponsored athlete and in addition to being goalie of the year, she’s also an amazing person! Train with Emily here!

Sterling is the anchor of an awesome Maryland defense and is the clear #1 ranked goalie of the remaining 4.

Which goalie will step up and lead their team to a national championship? I, for one, can’t wait to watch.

Here’s my predictions: UNC over Northwestern, Maryland over BC.

Although I’m rooting for a Northwestern vs. Maryland final and an all Lax Goalie Rat sponsored goalie championship lineup.

Year of the turtle and Emily Sterling!

Until next time, Coach Damon

What do you think about these power rankings of the 2022 female final four goalies? Leave me a comment down below. 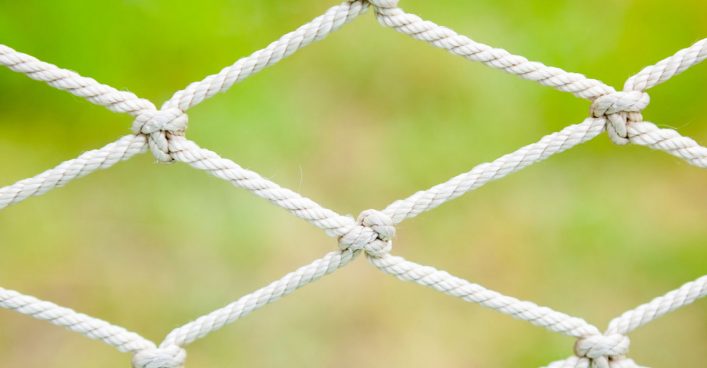 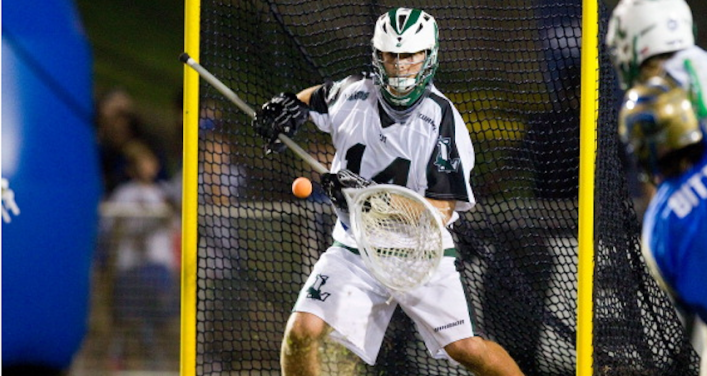 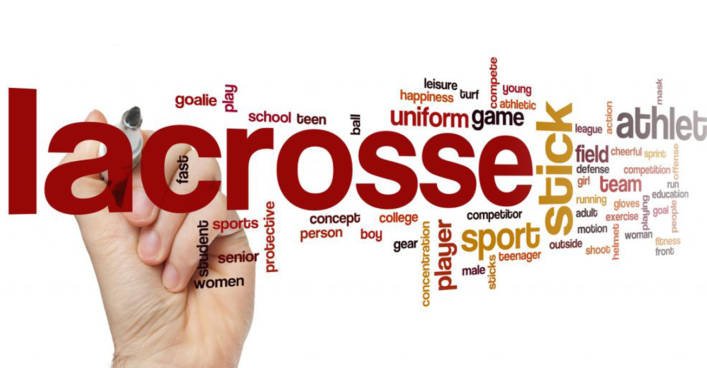