Female goalies and their coaches ask me all the time – “What is different for the female goalies?”

Even though some goalies might have some slight differences, a good stance and a good save technique is the same for both men and women.

The types of shots female goalies will see differs because of their rules and equipment so our practices and drills should be customized a little for lady goalies to account for that.

But when parents and coaches of female goalies asked “where is all my female content”, I pointed them to that post.

It’s true that the vast majority of my experience coaching is with male goalies. But I wholeheartedly agree with what I previously wrote and thus I always claimed the two positions were identical.

Then I did a podcast with Lyndsey Munoz from LMLaxTraining.com and I learned something.

There is so much more to the female game. So many different challenges that female goalies face that I never fully understood.

Fear of the Gear

Male goalies wear slightly different gear than the field players but, at the end of the day, both are wearing protective gear.

They’ve both got helmets, gloves, athletic protectors, and other protective equipment.

Such is not the case in the female game where the field players look very different than the goalie.

Eye protection is required. And while some female field players are starting to use head protection (like the Cascade LX), by and large, the majority do not. 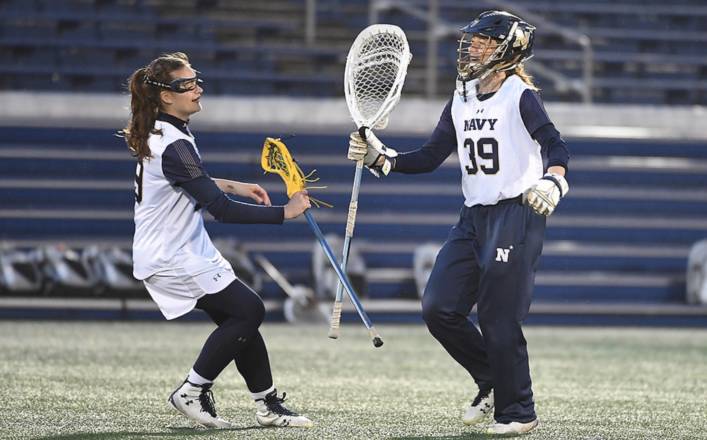 So just the act of strapping on all the additional goalie gear, that many view as non-feminine, discourages a lot of young women from even considering trying the position.

At an age when many want to fit in with their teammates, the goalie position, by its nature, but also simply by the equipment used, makes the goalie stand out.

Something to keep in mind as you work with your female lacrosse goalies.

You’re not only working with them on their stance and save technique but you’re helping them get accustomed to this role of goalie and perhaps the feeling of being different.

There is a level of toughness that’s required to make it in the goalie position. We’re not fully padded head-to-toe like ice hockey or field hockey goalies.

Play lax goalie long enough and you’ll eventually take a crank shot to your exposed thigh, to the shin, to the shoulder muscle. Perhaps all 3 within the same practice.

Talking from experience – those do NOT feel good. Not my leg, but here’s a great example of what I’m talking about (#goalietats): 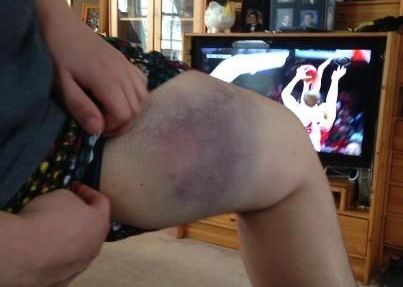 Guess who wants to hear you complaining? Nobody. Lacrosse culture is such that goalies wear little padding and need to toughen out and fight through the bruises.

But toughness and strength are masculine qualities.

Society teaches young boys to be tough and rewards them when they are. That’s what we learn growing up. That trait is valued in men.

Not the case with our young girls.

So how do female goalies balance requiring this stereotypically masculine trait with their inherent femininity?

Femininity by definition is not large, not imposing, not competitive. Feminine women are not ruthless, not aggressive, not victorious. It’s not stereotypically feminine to have a killer instinct, to want to win with all your heart and soul to win

And there lies one of the biggest differences and challenges between the games.

The values that make an athlete and a lacrosse goalie successful are encouraged in men but not so much in women. 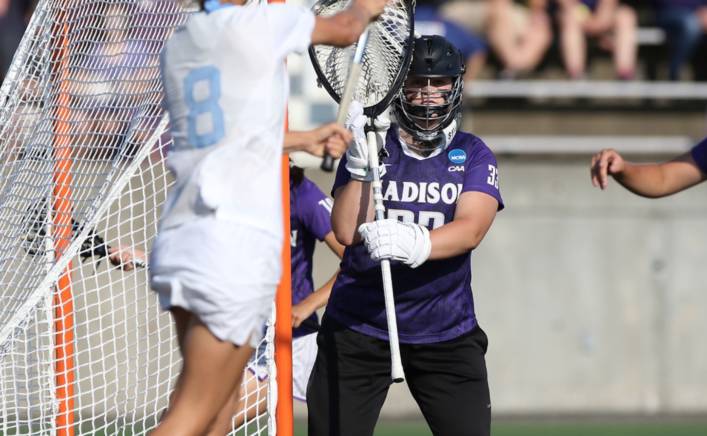 Something to keep in mind the next time you need to select a goalie for your team and also as you’re coaching your female goalies.

They’re fighting a set of battles that their male counterparts simply do not face.

I’m hardly an expert on this topic and obviously don’t have all the answers but if you’re interested in learning more I suggest you check out this content from Lyndsey Munoz:

When it comes to making saves between male and female goalies, I think the differences in technique are minimal.

But what I’ve recently come to learn is that there is quite a difference between male and female goalies in other areas.

Specifically dealing with the gear and having to adopt values that society typically rewards males and punishes females for having.

As I work with female lacrosse goalies in the future and put out content on this site for them, it’s something I will definitely keep front and center in my mind.

Any female lacrosse goalies or female goalie coaches want to share their opinion? Would love to hear it. Please leave me a comment down below.

31 thoughts on “The Real Difference For Female Goalies”